Cork County Council has actively supported the work of Saint George’s Art and Heritage Centre in recent years and this event is being held to coincide with Heritage Week 2022.

Mitchelstown Castle was the biggest house ever burned in Ireland. In the hours before its destruction, it was wantonly looted. Its destruction coincides with the destruction of several other major structures in North Cork, namely:

In the context of national events, Arthur Griffith, President of Dáil Éireann died on 12th August. Michael Collins was shot on 22nd August. On 12th August, Fermoy became the last town held by the Republican Army. On that day in Fermoy barracks, Eamonn de Valera argued with General Liam Lynch that if they couldn’t hold a single town, how could they hope to win a Republic.

This conference aims to bring together a number of leading historians and experts in the period of the Civil War to present a conference of lectures over the weekend. The speakers will examine the wider events of the war, its leaders and local events which, in one way or another, reshaped the landscape of North Cork and of Ireland as a nation. The conference will also consider attitudes to the destruction of Big Houses in the period after Independence. It is hoped that by bringing together a diverse range of opinions and expertise, there can be a better understanding of the who, what, how and why behind the loss of so many structures of historical importance over a 48 hour period.

A central subject of the conference will be the looting and burning of Mitchelstown Castle on 12th/13th August 1922 and of other Big Houses during the War of Independence and Civil War. It will also look at the loss of Mitchelstown Demesne as one of the great private parklands of Ireland.

What did it achieve? What was the local opinion at the time and since? How did these events fit into the overall strategy of General Liam Lynch and of the Free State Army which, invariably, arrived too late to save most of them.

Friday evening: Launch of the conference - Unveiling of the Mitchelstown Castle Coats of Arms - Book launch - Opening of photographic exhibition of views of Mitchelstown Castle, some of which have never previously been seen by the public.

Sunday: Exhibition continuesGuided visit to the site of Mitchelstown Castle.

Mitchelstown Castle was demolished in 1930. Its stones were taken to build Mount Melleray Abbey and Glencairn Abbey in County Waterford, as well as for the building of minor structures such as the entrance gateway to Rockwell College, County Tipperary.

Three of the coats of arms, plus a carved stone explaining their history, ended up on a wall at Ballymahon, County Longford, where they remained until 1995. On the instigation of Bill Power (now chairman of Saint George’s Arts and Heritage Centre), the coats of arms were purchased by Cork County Council in 1995. They have been in Bill’s guardianship for the past 27 years. Bill has also located the date stone (with crest) from the Castle and has acquired this for addition to the collection. These stones are being given a home in Saint George’s where they will be permanently on view to the public.

These coats of arms are of immense historical importance to Mitchelstown. They have been hidden for far too long. It should be noted that all these stones will need funding for conservation and restoration, as well as interpretation. This is not being included in the costs of the conference.

SUPPORT - The conference is generously grant aided by the Commemorations Committee of Cork County Council. The event is being heldto coincide with Heritage Week 2022. 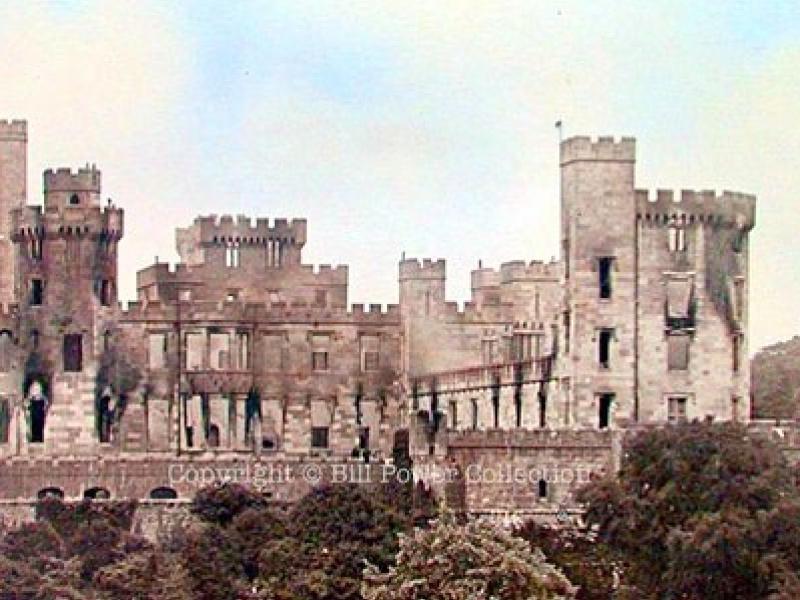