Cork County Council-owned Camden Fort Meagher is internationally recognised as one of the finest remaining examples of a classical Coastal Artillery Fort in the world.

Cobh Heritage Centre tells the history & heritage of Cobh including the famine, emigration from Ireland, the story of coffin ships, the Titanic and the sinking of the Lusitania.

Visitors can learn about the story of Annie Moore and her two brothers who left Cobh for America. Annie Moore was the first emigrant ever to be processed at Ellis Island in America.

Cork has Ireland’s only cable car operated and maintained by Cork County Council.

Dursey Island is the most westerly of Cork’s inhabited islands and is located at the Western Point of the Beara Peninsula.

The Island Cable Car runs about 250 metres above the sea and can carry six people at a time on the 15 minute journey from the mainland to Dursey Island.

Harper’s Island Wetlands is situated near Glounthaune in Cork Harbour. This special place is an important refuge for high numbers of a large variety of waterbird species, which visit Cork Harbour in the winter time.  The wetland habitats also support native plant species and provide food and shelter for insects, bats and other mammals.

There are two bird hides on the island which provide stunning views over the wetlands, and we have recently opened a new looped nature trail.  The wetlands form part of the Cork Harbour Special Protection Area as well as part of the Great Island Channel Special Area of Conservation. They are being managed for nature conservation by Cork County Council with its partners BirdWatch Ireland and the Glounthaune Community Association (including Glounthaune Men’s Shed and Tidy Town’s Groups). Photos are courtesy of Jim Wilson.

Click the following link for more information on the birds of Harper’s Island, opening times and events.

Mallow Castle, now in the possession of Cork County Council, dates back to 1185 when John, King of England, ordered the construction of the first castle in Mallow.

In 1282, it became the possession of the Earls of Desmond. Following the Geraldine Wars the estate was confiscated by Queen Elizabeth and granted to Sir Thomas Norrey along with the Lordship of Mallow and six thousand acres of surrounding country. The Desmond Castle was in such bad repair that in 1585 a new castle was constructed on the same site.

In 1607, Elizabeth Norrey, daughter of Sir Thomas and God-daughter of Queen Elizabeth married Sir John Jephson. Their direct descendants lived at mallow castle until it was purchased by the McGinn family of Washington D.C. in the 1980s.

The old ruined castle has been a national monument since 1928. The new castle building is not open to the public at present but one may visit the ruined castle and grounds where you can view the unique white fallow deer established here since 1600. They are descendants of white deer which were given to Elizabeth Norrey by her God-mother Queen Elizabeth.

Michael Collins House is a Cork County Council-owned museum dedicated to Irish patriot and revolutionary hero, Michael Collins. Located at Emmet Square in Clonakilty, West Cork, the museum brings the history of Irish Independence to life, while offering an insight into the life of Cork’s favourite revolutionary war leader.

The museum explores the struggle for Irish independence from its beginnings leading up to and including the 1798 rebellions all the way through the ages to Michael Collins’ death towards the end of the Civil War in 1922. The museum is suitable for all ages using interactive displays, audio visuals, information boards and artefacts to bring the story to life.

Mizen Head encompasses a dramatic footbridge which provides the only access to the lighthouse and Signal Station.

Built to save lives from the deadly Irish coast, Mizen Signal Station is located at Ireland’s most south-westerly point and is open to the public.

The Signal Station is a short walk from the car park, down the famous 99 steps and across the iconic Arched Bridge. Mizen is also known for whale and dolphin watching, bird watching, and wildflowers. 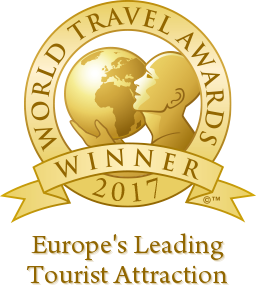 Once the largest convict prison depot in the world, and now an award-winning tourism and heritage centre, the formidable Spike Island is a must-visit destination in Cork. Located in Cork Harbour, the 2nd largest harbour in the world, the County Council-owned former prison site earned the accolade of ‘Europe’s Leading Tourist Attraction’ in the prestigious World Travel Awards in 2017.

In the last 1300 years Spike island has been home to rioters and redcoats, captains and convicts, monks and monasteries and sinners and saints.   Its beautiful 104 acres have housed an Island Monastery, Fortress, Prison and Homes and today the island can be reached by a short and scenic ferry from heritage town Cobh. Once on the island visitors join Ireland's best storytellers for a mesmerising insight into the personal stories of this unique corner of the Ancient East.

Enter the 200 year old Fort Mitchel, the 24 acre star shaped Fortress built to defend an empire that became the largest prison in the world in the 1850’s during the famine years.  Tens of thousands of Irish men and women were transported to America and Australia from Spikes prison.  The island would be used by both the British and Irish army and navy before becoming a prison again in the 1980’s.

Take the scenic ferry ride from Kennedy Pier, Cobh, and experience the phenomenal history of the island prison 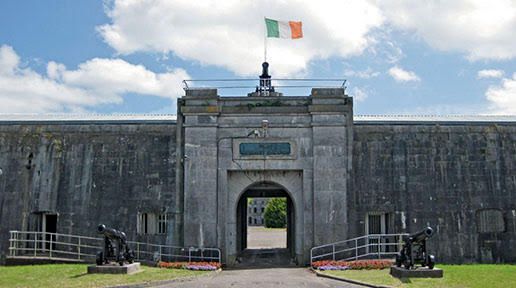 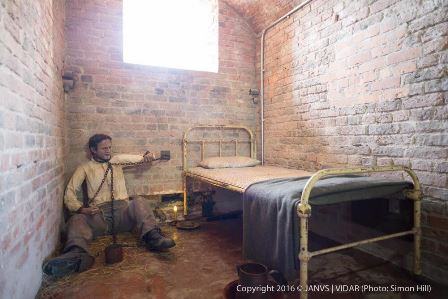 Youghal Clock Gate Tower is an iconic building located in the charming seaside resort town Youghal in East Cork. A popular attraction on Ireland’s Ancient East, the former gaol is the most visible landmark in Youghal town.

Built in 1777, its story spans 600 hundred years of history. Once closed to the public, the distinctive building reopened its doors in 2017– this time not as a grim prison, but instead as a place to explore the tales of its fascinating past.

Each of the 4 floors of the Tower brings as unique a story as the era it depicts. The storytellers' guide of Youghal Clock Gate Tower is a series of wonderful stories and tales of "Time". Storytellers clad in "Time Costume" will journey with you and engage you in life as lived in the Tower in a bygone era. A trip to Youghal is incomplete without a visit to this unique historic structure.